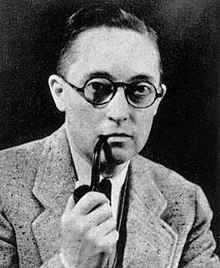 Every year, during the month of June, the U.S. celebrates Pride Month to promote the equality and visibility of LGBTQIA+ people. The historic ,Stonewall Riots in 1969, mentioned in our previous Pride month blog, was a tipping point for this liberation movement. At Valkyrie, we’re proud to display our support for the queer community by highlighting a few impactful queer leaders in STEM.

Alan Hart was a renowned physician, researcher, and writer. He was also one of the first transgender men to undergo a hysterectomy in the United States and live out the remainder of his life as a man. Hart dedicated a great deal of his research to treatment of tuberculosis (TB) and is best known for pioneering the use of X-ray photography in tuberculosis detection. This in turn helped implement TB screening programs that have since saved thousands of lives. For over 40 years, Hart traveled and taught numerous lectures on his medical profession, and dedicated all his free time to fundraising for medical research, supporting patients with advanced TB who could not afford treatment. Aside from his medical practice and research, he also pursued a second career as a novelist, publishing 4 books, all incorporating medical themes. On July 1st, 1962, Hart passed away due to heart failure. In accordance with his last wishes recorded in his will, his widow Edna Ruddick, established a fund for research into leukemia, allowing his legacy of scientific advancement in the medical field to live on.

Dr. Lauren Esposito is a prominent arachnologist, a scientist who studies spiders and related animals such as scorpions, from El Paso, TX, as well as the only woman expert on scorpions in the world. She earned her Bachelor’s degree in biology at the University of Texas at El Paso in 2003 and went on to complete her PhD at City University of New York and the American Museum of Natural History (Scorpion Systematics Research Lab) in 2011. Aside from being one of the world’s only women scorpion experts, in 2017, Dr. Esposito discovered three new species and two new genera of club-tailed scorpions. Today, she is the Schlinger Curator of Arachnology at the California Academy of Sciences and the co-founder of 500 Queer Scientists; a visibility movement and professional network that boosts the recognition and awareness of LGBTQIA+ people working in STEM fields.

Dr. Richard Summerbell is a distinguished mycologist, a scientist who studies fungi, and a leading expert on how fungi affect the health of humans and the environment. He received his master’s degree in Botany from the University of British Columbia and his PhD from the University of Toronto. Dr. Summerbell has published over 150 peer-reviewed papers in mycology, botany and bacteriology. His most cited works are papers on the fungi that cause human skin diseases and nail infections. As of July 9, 2010, his paper on onychomycosis (nail infections) is the most-cited, original research paper published in the over fifty-year history of the peer-rev iewed medical journal “Mycoses”. In addition to his studies on mycology, Dr. Summerbell has been an LGBTQIA+ activist and commentator on HIV/AIDS since the 1970s. He has lived with his partner, Ross Fraser, since 1978. They both currently reside in Toronto, Canada.

,Valkyrie is proud to celebrate these leaders in STEM and the positive impact they’ve had on our world. 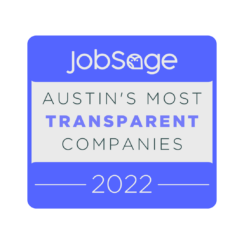 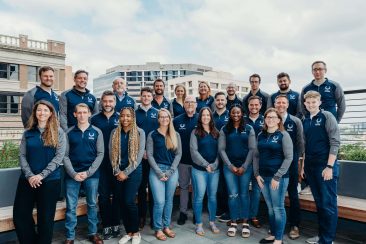 Charlie Burgoyne of Valkyrie: 5 Things I Wish Someone Told Me Before I Started My Consulting Business